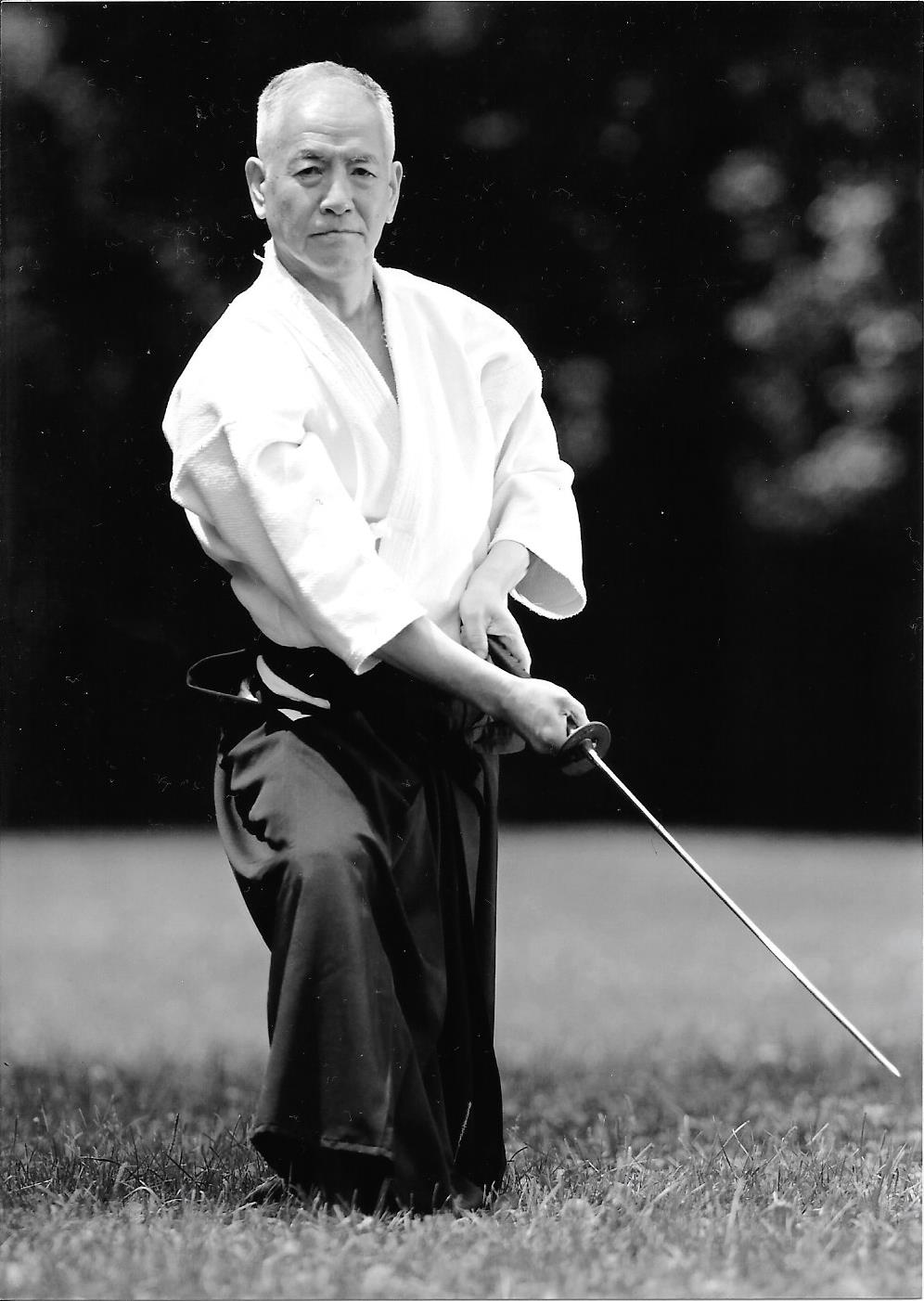 In 1962,  at the age of 18, Inaba sensei began trainings at Aikido Aikikai Hombu Dojo. He practised in private dojo of Yamaguchi sensei, directed, under his supervision, trainings at the university club of aikido. Kazushige Shimada, mentor of Inaba sensei, introduced him in March 1965 to Kunii Zen’ya sensei. Inaba sensei remained student of Kunii Zen’ya sensei until his death in August 1966. Everyday trainings with master Kunii, his wish to „continue his work even, if he is free at the age of 40”, influence of his spiritual teacher Uzuhiko Ashizu sensei and his own feelings, caused that Inaba sensei decided to devote himself to Budo. Encouraged by common demonstration with Kunii sensei in Kashima shrine and his opinion that he „could use shinken (live blade)”, one year after sensei’s death, during May festival at Tokyo University, he gave a demonstration of shinken tachiai (both oponents use live blades), which was his first step towards independence. In April 1967 he began to teach Kashima Shin Ryu in aikido club of Tokyo University, since  1971 taught in Zenkoku-Jinja-kaikan and in October 1973, after opening of Shiseikan, began to teach there aikido and Kashima Shinryu Bujutsu. Shigeho Tanaka (9 dan aikido Aikikai) was the first director of Shiseikan, Inaba sensei – the next one in the years 1994-2009.

He is an author of „Researching Japanese Budo. Developping the Fundamentals of Mind and Body”, „Transmitting the Soul of Japanese Budo. A message to those who share spiritual aims. The Bugei of Master Kunii Zen’ya. Researching true Budo and improving personal character.” and series of three DVD „Kashima- no-Tachi” Vol. 1 Shoden (Basics), Vol.2 Chuden (Intermediate), Vol. 3 Okuden (Deep transmission).

Sensei Bazylko was accepted as a student by Inaba sensei in March 2002. He studies Budo under his direction.